From 18th to 20th April, I had the chance to attend the CodeMobile conference in Chester, UK. This was the first edition of the conference and in this post I will share my impressions of what was happening in those 3 days.

The organizers had the idea to have a conference in Chester, since there are not many developer conferences outside of London. Chester is a lovely town in north-west England, around 40 miles from Manchester. Getting there is pretty easy – we took the plane to Manchester and then the train to Chester, which was about an hour ride. The town itself has an interesting architecture, with bits of Roman influence. 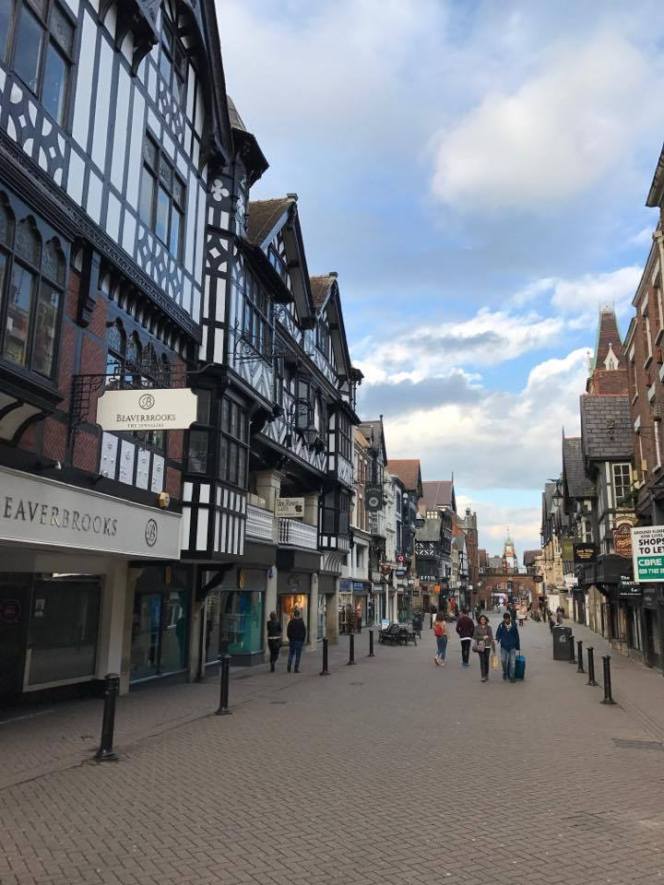 The conference was held in the University of Chester. We bought the tickets for around 300 pounds each, which was great value for the money. First, the ticket included 3 nights accommodation in the university campus, during the conference. Also, breakfast and lunch was included, as well as a barbeque after the first day of the conference. On top of that, there were some chocolate easter eggs. The organizers from Footsqueek were really friendly and organized, big thank you to you!

Talks wise, there were some interesting ones. The main topics of the conference were iOS and Android, with bigger accent on security, product design, tools and server-side Swift. There were speakers from Facebook, Google, Instagram, Amazon and other great companies. There were two tracks, one mostly suited for iOS developers and another one for Android developers.

Here are the talks that caught my attention the most (all of the talks with links on Youtube can be found here):

I really enjoyed this talk, since it gave some great insights on what actually product designers do. Behind the scenes, something which looks as really simple solution at the end, is actually a product of lot of iterations, drawing and thinking.

Dulma Churchil – Static analysis for iOS
Facebook is doing a lot of tools and libraries for mobile development. At this conference, Infer for static analysis was introduced. I wasn’t aware of this tool, but we’ve tried it after the conference and it really looks cool and useful, so currently we are integrating it in our CI infrastructure.

Martin Pilkington – Inside Auto Layout (Youtube link still not available)
It was interesting to see the math behind Auto Layout, as well as some pro tips from this Auto Layout expert.

Heather Burns – Mobile Development and the Law
Probably not the most interesting topic for a developer, but definitely worth watching this talk and getting to know the changes to the privacy policy laws.

Lasse Koskela – Rules of design for developers
Some interesting examples on what to do and what not to do when doing the visual design of your app.

All in all, it was an excellent conference. I saw on their website that they’re coming back next year, from 2nd to 5th April, 2018, so if you have the chance, I strongly recommend to attend this conference and enjoy the beautiful town of Chester.